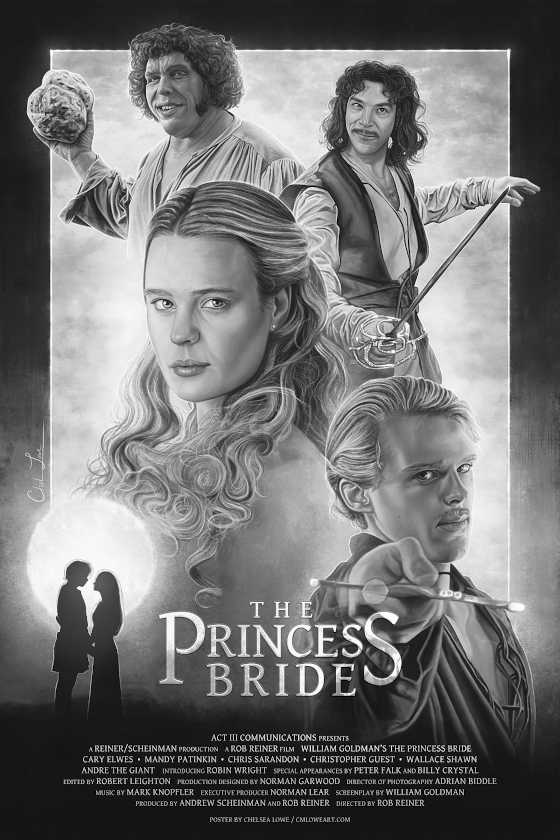 I’d like to say that this “Remake The Princess Bride? Inconceivable!” article came as a bit of a shock; i’d like to say that some twat actually having the audacity to even imagine remaking The Princess Bride is beyond belief; but i can’t say either.   Because it’s not a shock and it’s not beyond belief.   Because, as we all know, nothing is more sacred these days than corporations making profit.

If the film industry thinks it can make a little bit of profit then they will shit all over everything that anyone loves, respects, admires and/or enjoys.   The film industry, for the most part, does not care about quality, it’s nothing but a monster that continuously needs to consume anything and everything in its path to stay alive.   But, at the end of the day, it only does this if you, the viewing public, keep feeding it.   Ergo…

The Princess Bride is one of the most classic films ever made.   There is nothing in this film that leaves space for improvement.   It doesn’t need to be remade.   It stands the test of time as it is.   It will always be a fantastic film for all the family to enjoy, no matter what age or anything.   It is, quite simply, film making at its very best.

Seriously, if you haven’t watched The Princess Bride then do so.   Invite friends and family around to watch it with you.

And then, when you’ve watched the film and maybe want more of the similar, read the book!

But whatever you do, please don’t watch any remake of this film.   You’ll just encourage the film industry to continue shitting all over everything of quality that ever existed.