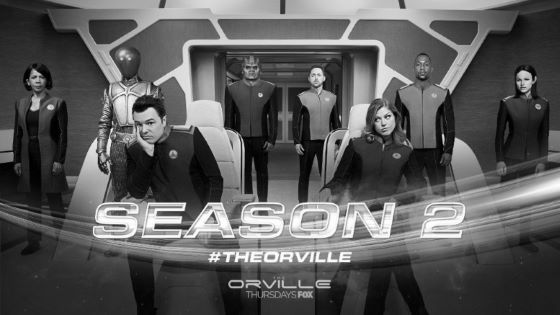 This parody is just as good as TNG, DS9 and Voyager as it brings something to the genre that those 3 couldn’t because they always took themselves so seriously.   Being a parody, The Orville absolutely does go boldly to places that the real Trek series couldn’t go to, and that’s good.   It’s what i was hoping for in the post Voyager universe — a bit more grown up story lines, like yeah, people are going to be just as fucked up in 400 years as they are today, they’ll just have different toys to get fucked up with.   Instead, all we got from the Star Trek label was immature garbage in Enterprise and Discovery which, quite frankly, have been a step backwards and a dumbing down of the franchise.   Fingers crossed, Picard will, once again, come to the rescue.