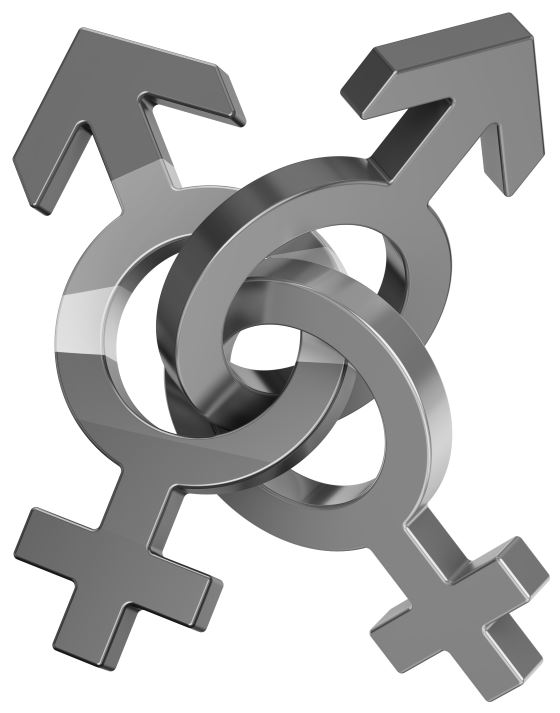 Another old post that continues on from “Same Sex Marriage”:

It seemed to me when i wrote that article that the BBC were being apologists for transphobic and homophobic points of view, and it still does, even more so after doing a little more research.   Not only did the BBC not look very deeply into what human society means when they use the term male and female, they never looked into what it means in the natural world either.   So i’ve done a tiny bit of research into Nature’s genderqueer/genderfluid/trans community.

Strangely enough, the first example is from the BBC, which demonstrates quite clearly that the BBC science department is fully aware that gender and sexuality are not as simple as male/female, hetero/homo.   So why is it that the rest of the BBC don’t include any of this scientific stuff when they write an article on same sex marriage?   Oh yeah, i remember, the people writing the original BBC articles on gay marriage were obviously transphobic and homophobic themselves.

So, the females have the penises and the females get pregnant.   I like the fact that as soon as the female of one species gets evolutionary control of the penis it becomes barbed and the males get fucked continuously for up to 70 hours wherein he is drained half to death as the female fucks and sucks every bit of nutrition she can get out of him.   Go girls!!!

Then we have the seahorse.   In seahorses the females don’t have a penis, neither do the males, but the males get pregnant and give birth a few weeks later to live young: “Seahorse Facts”.

Apparently when there aren’t any females around some males will turn into fully reproductive females that can then get the other males pregnant.

Butterflies and birds can be half male half female with one side of the animals demonstrating male colours and the other side female.

Hamlet Fish have both male and female fully functioning sex organs, although they cannot self fertilise themselves, when they mate they take turns at being the girl and boy.   Sweet!

Over 70% of male bass in USA waters are now found developing eggs in their testes.

Male frogs that have been exposed to a common pesticide called atrazine can become fully functioning reproductive females.

The bass and the frogs clearly demonstrating how susceptible our sexuality, sex organs and gender identity can be to the substances that we absorb from our environment/food.

The above list is not by any means the limit, that’s just a small little bit of research to show what Nature’s views on gender, sex and sexuality are, there are many more examples if one just cares to open ones eyes and look.   Things only survive in Nature if the phenotypes benefit the species, so if these species are surviving then there must be some benefit to the species for gender/sex variance, and that gender/sex variance is perfectly natural and perfectly normal within Nature for it to have survived for so long.

Why then would any intelligent society even be listening to, let alone publishing, the views of bigots who want to ban all forms of gender/sex variance because it doesn’t conform to some idea that they claim was written 3000 years ago, in a country 3000 miles away, whose capital city only had a population of 3000, and whose understanding of the natural world you could have written on the back of a postage stamp with a marker pen?   Should we really be basing our laws, our world view, our social ethics and morality upon the word of some despotic tribal chieftain from so long ago, so far away, who had the intelligence level of a modern 8 year old, who still thought his city was the actual centre of the universe and the world was a flat disk?

Following on from my ‘Same Sex Marriage’ article is a ‘TEDx’ talk by Sam Killermann, who is a comedian and social justice advocate, and the guy behind ‘It’s Pronounced Metrosexual’.

On a side note… i do really like Sam’s presentation of this.   The way he jumps between prose and poetry and back again is just delightful and gives what is a very serious topic a nice light-hearted approach, which i hope makes more people pay attention and listen than otherwise would.