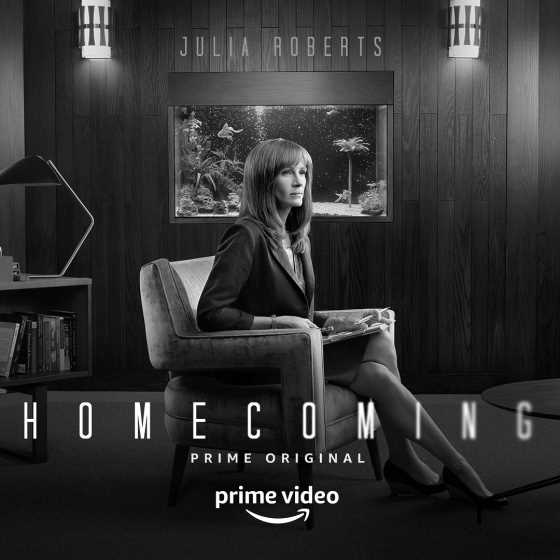 It’s all a bit strange to start: Heidi Bergman, now a waitress, is questioned by Thomas Carrasco, a Department of Defence auditor, as to her role in the Homecoming Transitional Support Center, about which she claims to have no knowledge.   We then switch back and forth in timelines with Heidi, years earlier, running Homecoming while in the present claiming to have no knowledge of doing so.

There’s some great acting all round in this, but especially from Shea Whigham who plays Thomas Carrasco, the downtrodden cog in the DoD machine, to absolute perfection.