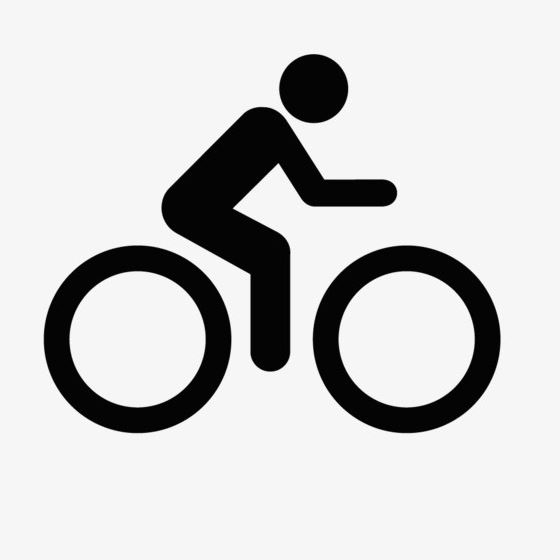 Some thoughts about an old BBC article:   Readers’ radical solutions to protect cyclists

While i agree with some of the points made, i really don’t think that list is very good for keeping people safe on bicycles.

Having been a life long cyclist, and spent over 12 years living and cycling in London, i think i’m fairly well qualified to weigh in on the cycling safety debate.

How to keep safe while cycling:

1. Do not wear headphones.   Listening to music, podcasts, etc., is one of the quickest ways to get you in trouble on a bicycle.   Your ears serve as a second set of eyes, you need to be attentive to what is behind you and listening carefully is like having eyes in the back of your head.

2. Wear bright colours.   Hi viz vests can slip over the top of whatever you’re wearing and can be removed quickly and shoved into a pocket when you get to where you’re going.   Remember, you cannot be bright enough, pile on the dayglo during daylight hours (there’s a clue in the name dayglo) but once it gets dark you need lots of white and reflective stuff beacause, surprise, surprise, dayglo does not work at night, if it did it would be called ‘niteglo’.   Also to remember is that other road users need to see your signals, so if you’re wearing dark gloves and sleeves then they probably won’t see you signalling even in daylight and especially at night, so make your arms and hands stand out as well.

3. Be aware that vehicles do have blind spots.   If you don’t understand this, just go and stand near a busy junction and watch articulated vehicles turning and see how they behave and how the mirrors lose sight of the side of the vehicle when they’re turning, and watch how the back wheels cut the corner.   Don’t put yourself anywhere near a big lorry at a junction, even if they’re not indicating, the driver just may have forgotten to indicate.   Remember also, with large vehicles you as a cyclist cannot see what’s on the other side of them, so be fucking careful!!!   Holding back when large vehicles are around may add a minute or two to your journey, but it can save your life.

4. Use lights at night.   Bright ones.   Several.   At least two front and two back ones.   Super bright modern LED bike lights are not very expensive and run great on rechargeable batteries.   Fill your bike up with light if you cycle in the dark.   My best advice for lights is to go on eBay and buy two Cree T6 front lights with 18650 batteries.   Most come with a free back light that runs on 2 aaa batteries.   18650 batteries are great and can be recharged lots of times if you use an intelligent charger.   A good charger is well worth the money because it looks after your batteries and doesn’t cook them making them last for a very long time.   I don’t recommend rechargeable lights, the kind with built in batteries, as they can run out of charge and then you’re left with no light.   If you have battery powered lights you can take several spare batteries just in case.   On a long ride at night i can easily get through 7 18650 batteries across 3 Cree T6 lamps.   One rechargeable bike light would be useless for me.

5. Be confident and assertive — where appropriate (see warning on lorries above)!   There really is nothing worse on the road than a dithering, mincing, cyclist.   Vehicle drivers should be left in no doubt whatsoever of your intentions.   Ok, i probably do take this one a bit too far as i have been known to play chicken with cars, never lorries, but i don’t recommend it for the faint hearted.   But my point is that drivers really do not want to kill or injure you, if you make them fully aware of what you’re doing most drivers will do their utmost to avoid you.   And it’s not just about signalling, taking the correct, dominant road position for your intention is as important as signalling is.   There is absolutely no point in signalling to go right at the next junction if you stay cycling in the gutter on the left hand side, you are inviting vehicles to overtake you by your road position.

6. Buy a tax disc holder for your bicycle and put a tax disc in it.   Apparently there’s lots of car drivers who think that the reason so many people are injured on bicycles is simply because they don’t have a tax disc.   I’m obviously being facetious here, but it’s in the BBC article linked to above and sadly there doesn’t seem to be anything facetious in Alexander, Birmingham’s remarks.   Let’s get something straight; no one pays road tax.   There is no such thing as road tax.   What vehicles owners pay is ‘Vehicle Excise Duty’, which is charged on a level appropriate to the gas guzzling nature of the vehicle in question.   I pay ‘Vehicle Excise Duty’ on my moped, and to be honest, i get treated no differently by car, van, bus or lorry drivers on that than i do on a bicycle.   So **** off with your road tax comments!!!   Surely it would be better to just scrap VED altogether and put the price of petrol and diesel up.   At least that way those who pollute the most, pay the most, and the government would save millions by not employing all those people at DVLA to administer a stealth tax that causes so much bad feelings between road users.

7. More congestion charging zones.   Any cyclist who remembers the centre of London pre-zone, will tell you how bad it was.   Most people wouldn’t cycle there because it really was incredibly dangerous.   Then came the congestion charging and the traffic dropped massively and drivers were less stressed out and grumpy and cycling through the city was very easy and relatively safe in comparison to what it had been.   If more cities and towns brought in congestion charging — and used the money made to fund better public transport and cycle lanes — things would be a lot safer and healthier for everyone.   It would also help the country to meet our carbon limits.

8. If you’re just pottering around town then ride a bicycle that you can sit up straight on (Dutch style).   They’re far better for your back than being hunched over the handle bars, but most importantly, if you’re sat up straight then you can see very clearly over the tops of cars and they can see you.   Being bent over your handle bars limits your field of vision massively, and it hides you behind vehicles: all the dayglo in the world ain’t gonna help if you’re hidden from sight.   So get your bicycle a long stem for your handle bars and sit up properly.   You only need to be low and aero if you’re doing some serious training, not for riding around town.

9. Turn your phone off!!!!!!!   You do not need pointless distractions while cycling.   Don’t worry, the text messages, tweets and facebook updates will arrive when you switch it back on, and people can call back later when it’s safer for you to answer.

10. Keep your bike in good running order, and know how to use it properly.   You do not need something going drastically wrong with your bicycle, like your chain coming off or getting your trouser leg stuck in the chain in the middle of a junction surrounded by moving vehicles.

And that’s my ten most important cycling safety things.